A Sunday double header featuring a salute to Mickey Mantle between games.  On this bright sunny day, I recall Mickey Mantle getting an 11 minute standing ovation when he was introduced.  On the field, they laid out World Championship flags for each of Mantle’s World Series appearances and had a member of that team stand by the flag.  I specifically remember Mel Stottlemyre, the winning pitcher of that day’s first game standing by the 1964 flag.  The tribute was finished with Mantle riding around the complete warning track in a golf cart to salute the fans.   The stadium was packed.  I was in the right field bleachers.

At the bottom of the post, I have the souvenir handout scanned.  Notice the cover has autographs by Mickey Mantle and Billy Martin.  In 1978, I was attending an event at a Shook’s Lounge and Restaurant in Kendallville, Indiana where Mickey was scheduled to appear.  Knowing I was going to meet him, I brought the souvenir along to have it autographed.  Unknown until we got there, Billy Martin had also showed up.  This was days after he was fired from the Yankees during that tumultuous 1978 season.  I asked him to sign the souvenir as well.  He was reluctant, telling me it would spoil the value with his signature but I insisted.  He was likely correct, but I’m glad I had him do that. 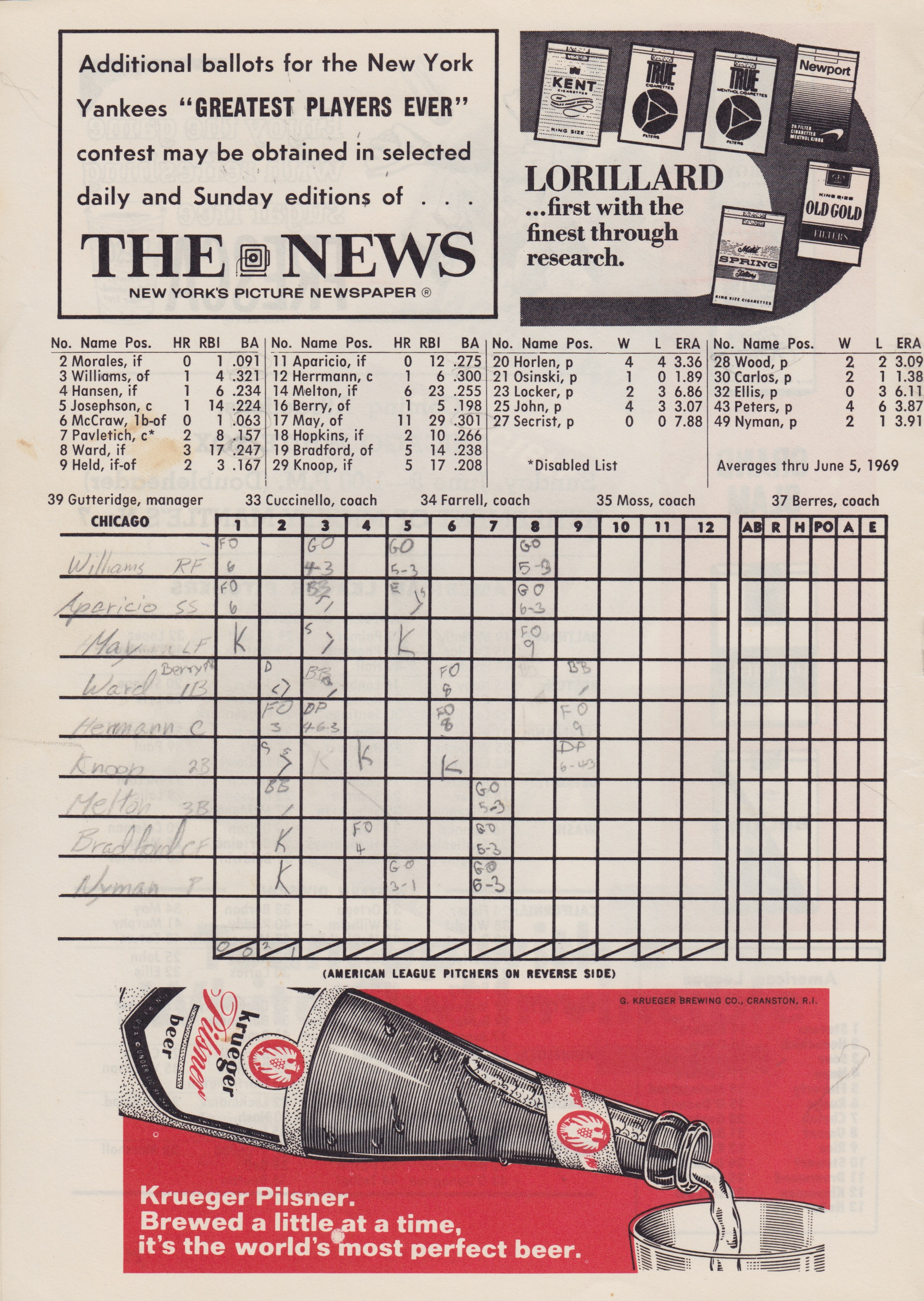 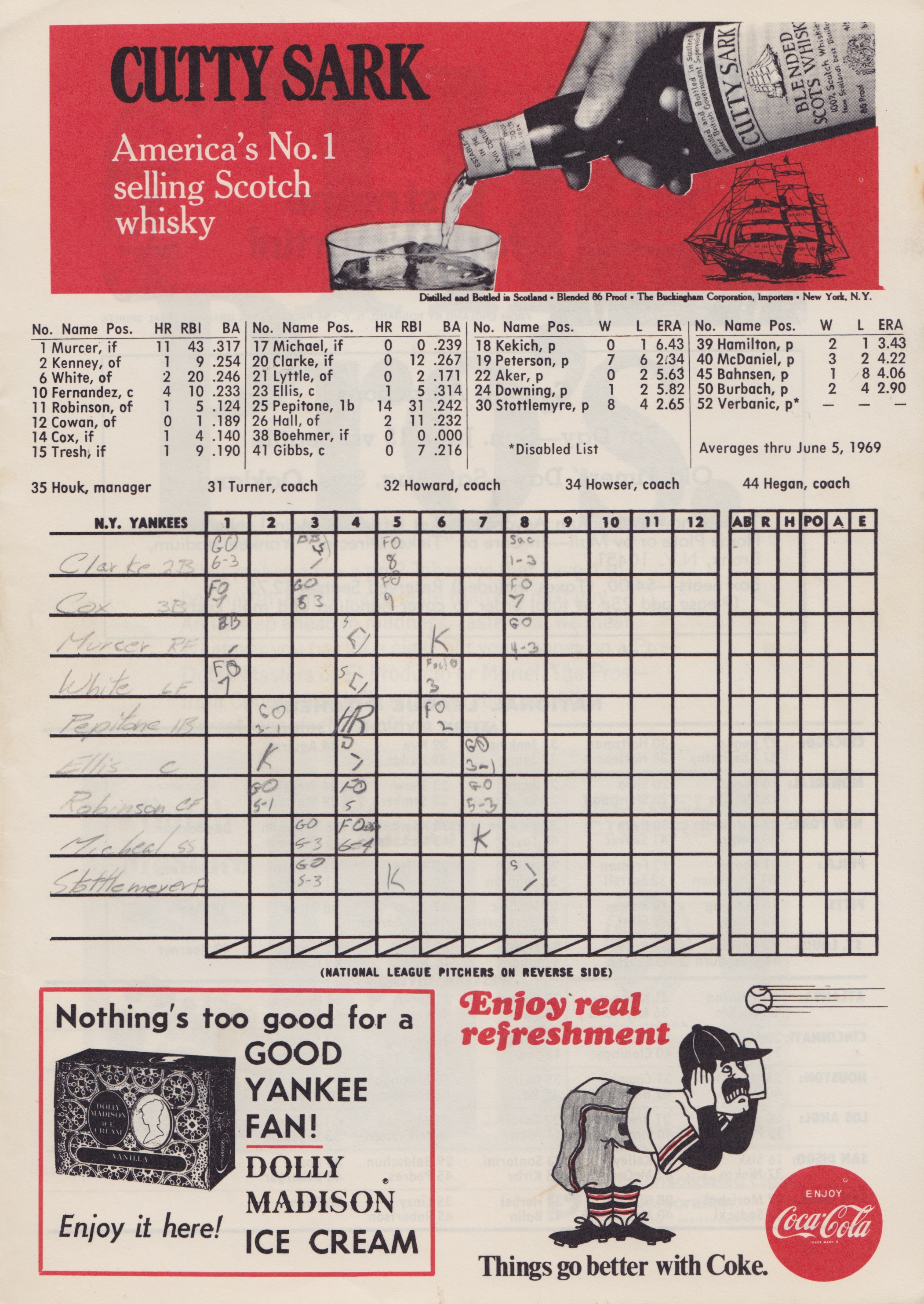 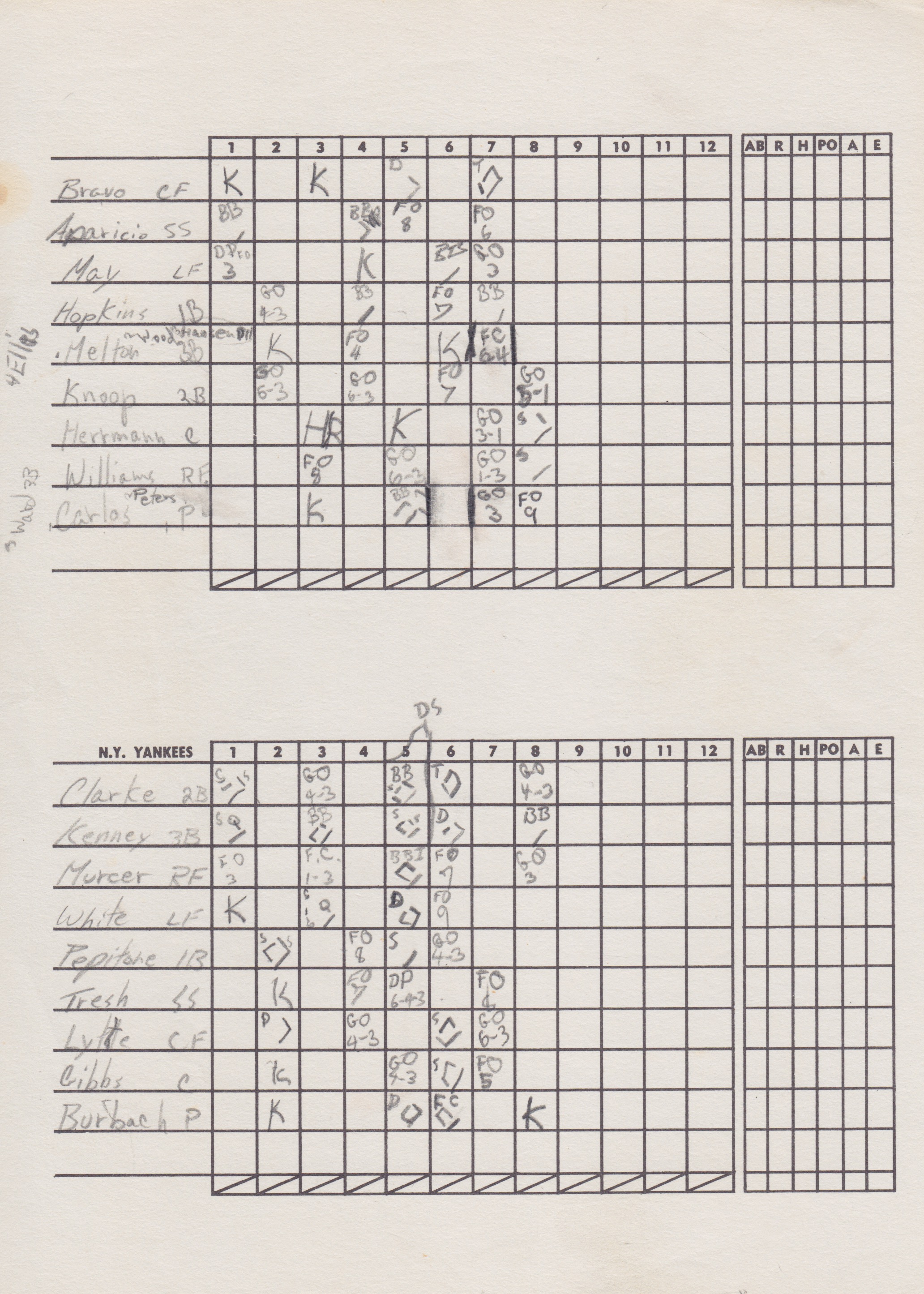 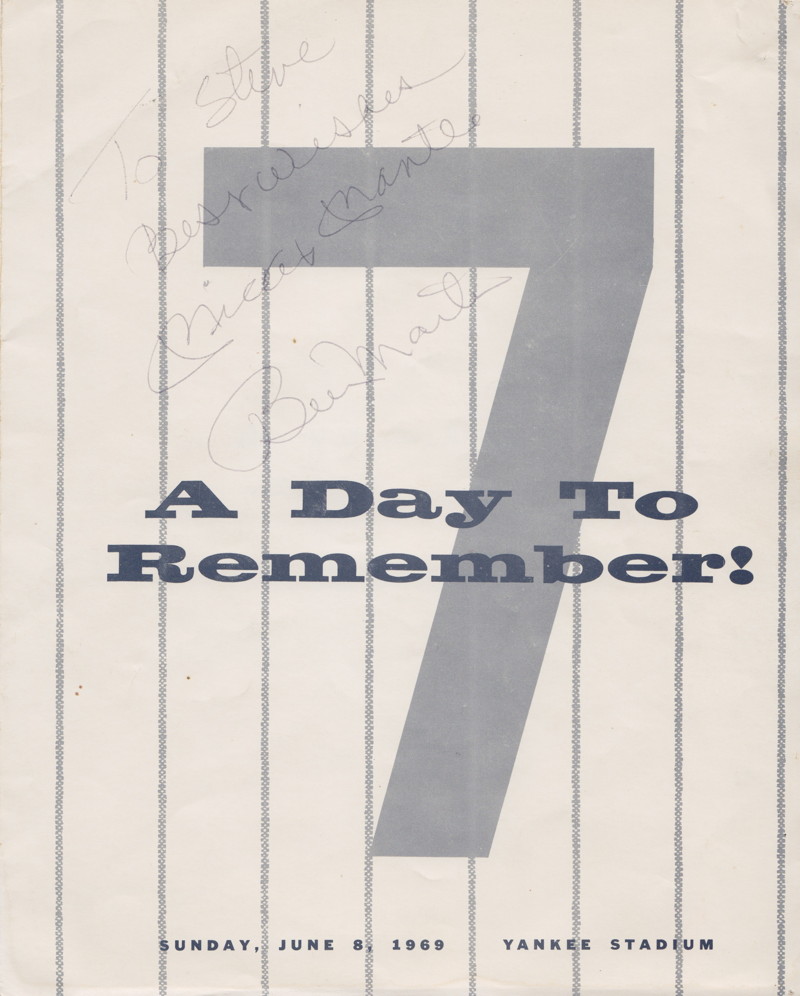 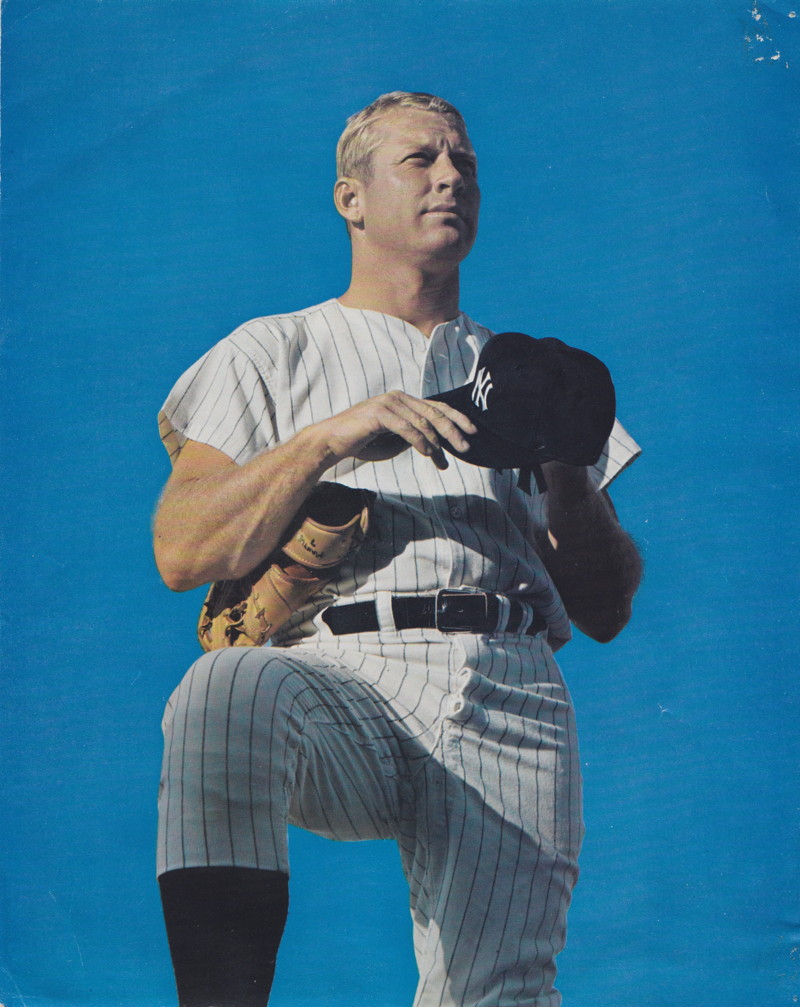 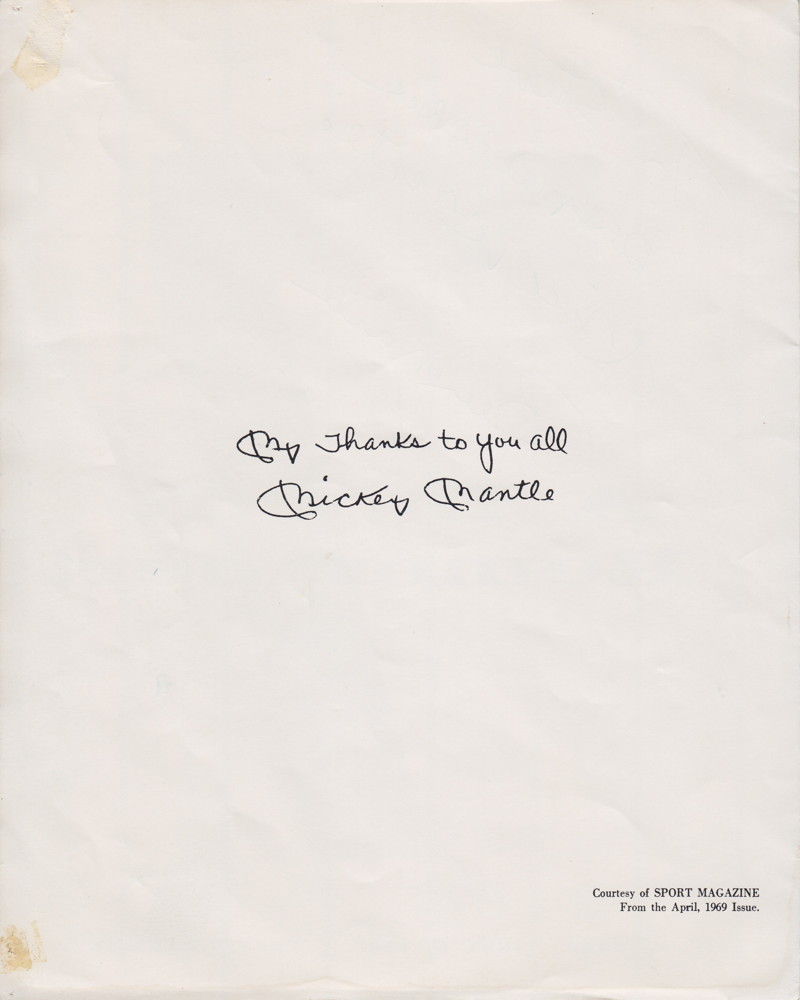