Another Sunday doubleheader!  This one to close out the 4 game sweep the Yankees accomplished over the first place Tigers.  Most exciting about this game was the newly acquired Rocky Colavito coming in to pitch in the 4th inning.  Steve Barber gave up the fifth run and since the Yankees were playing the 4th of five games in 3 days, (the second game of the twi-night doubleheader on Friday ended due to curfew at 1 am after 19 innings!) Houk must have determined it would be wise to save the bullpen.  It worked out great!

Colavito came out of the bullpen and fans in the right field bleachers (where I sat) were going nuts.  As I recall, the trade that brought him to NY was very popular, partly due to his Italian descent.  Colavito, normally a strong-armed right fielder, pitched 2 2/3 innings of shutout relief and also scored a run in the Yankees subsequent 5 run inning to go ahead for good.  Colavito got the win.

Home runs by Bill Robinson and Bobby Cox (yup, the future Hall of Fame manager of the Braves) were also a highlight.

Yankee fans did not have much to cheer about in 1968, but watching Colavito  put them one game away from a 4 game sweep of the Tigers was a lot of fun.

Link to the box score at Baseball Research 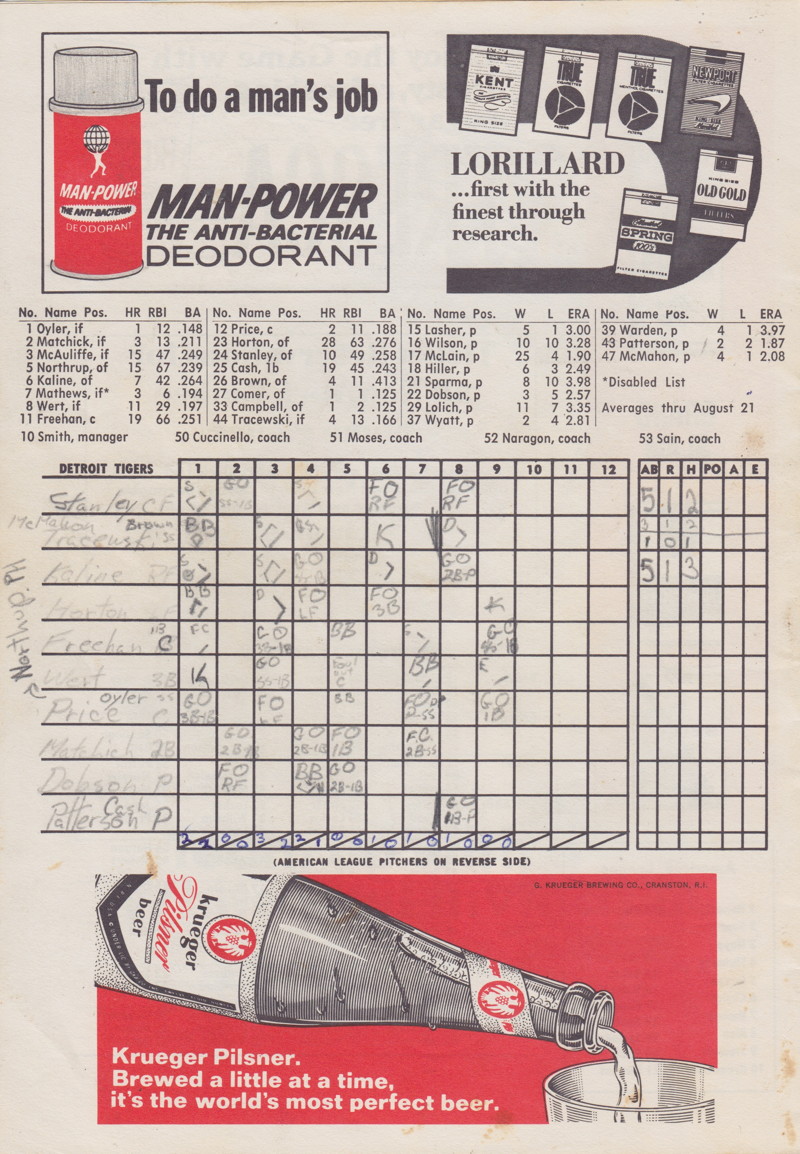 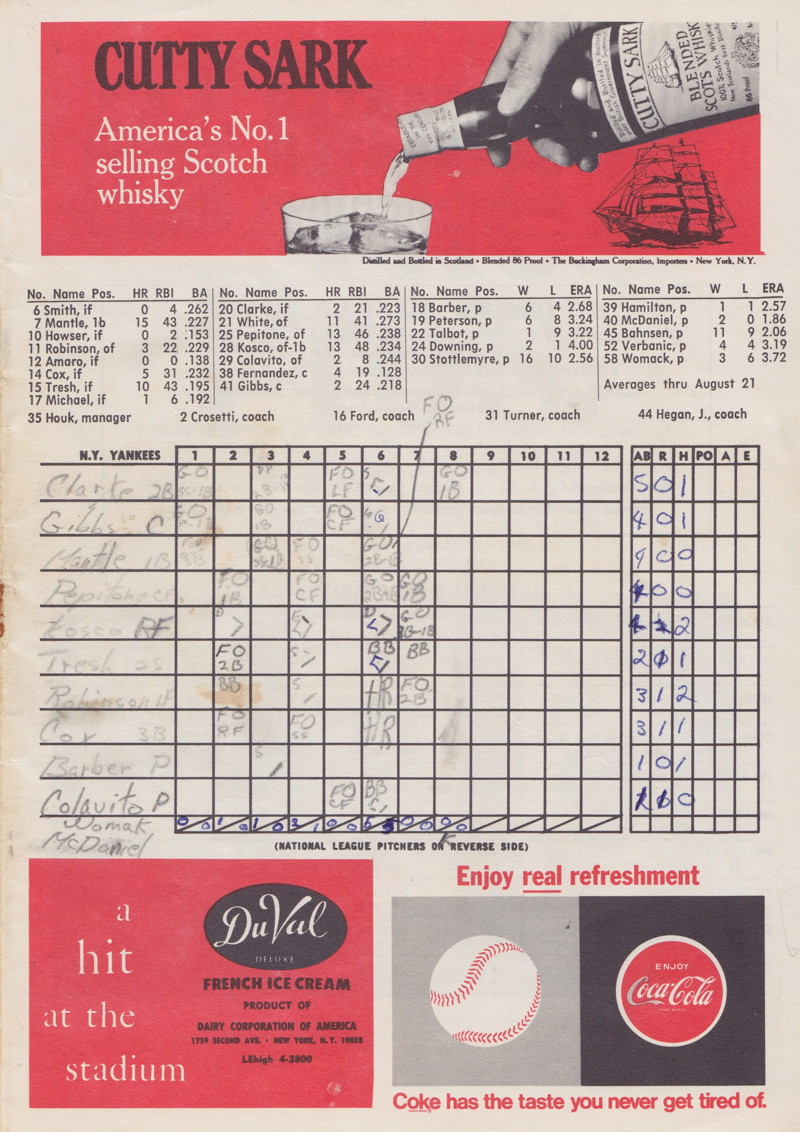