During this weekend, I was lucky enough to visit with my grandmother in the Bronx which enabled me to catch 3 out of 4 games the Yankees won from the 1st place Detroit Tigers.  This game was a magnificent pitching duel between Mel Stottlemyre and Denny McLain.  As everyone know, McLain went on to win 31 games for the Tigers that year, as well as the Cy Young and MVP awards.  But on this day, he went up against Mel Stottlemyre and a remarkable surging NY Yankee team.

I had forgotten that the night before, the teams played a twi-night doubleheader.  The second game was called after 19 inning due to 1 a.m. curfew.  (It was replayed on the Sunday as part of another doubleheader.) Needless to say, both teams were likely exhausted and that didn’t hurt the chances of this game living up to it’s billing of a pitcher’s duel.

Years later, I was lucky enough to attend a baseball card show where Mel Stottlemyre was appearing with Allie Reynolds for an autograph session.  I presented Stottlemyre with this scorecard for his signature.  Two interesting things happened.  First off, his first comment was on his at bats – 2 strikeout and a ground out.   What?!  Who cares about that after a great pitching performance.  I do think he was kidding.  Then the talk turned to the monster home run by Willie Horton for the only run by the Tigers that day.  He turns to Allie Reynolds, who was also reviewing the scorecard and commiserating on how they always remember the home runs hit off them.  I forget now the exact conversation, but one said something like “don’t you always remember those homers” and the other replied with a wistful “oh yeah…”

It was a privilege to watch this game from the right field bleachers. 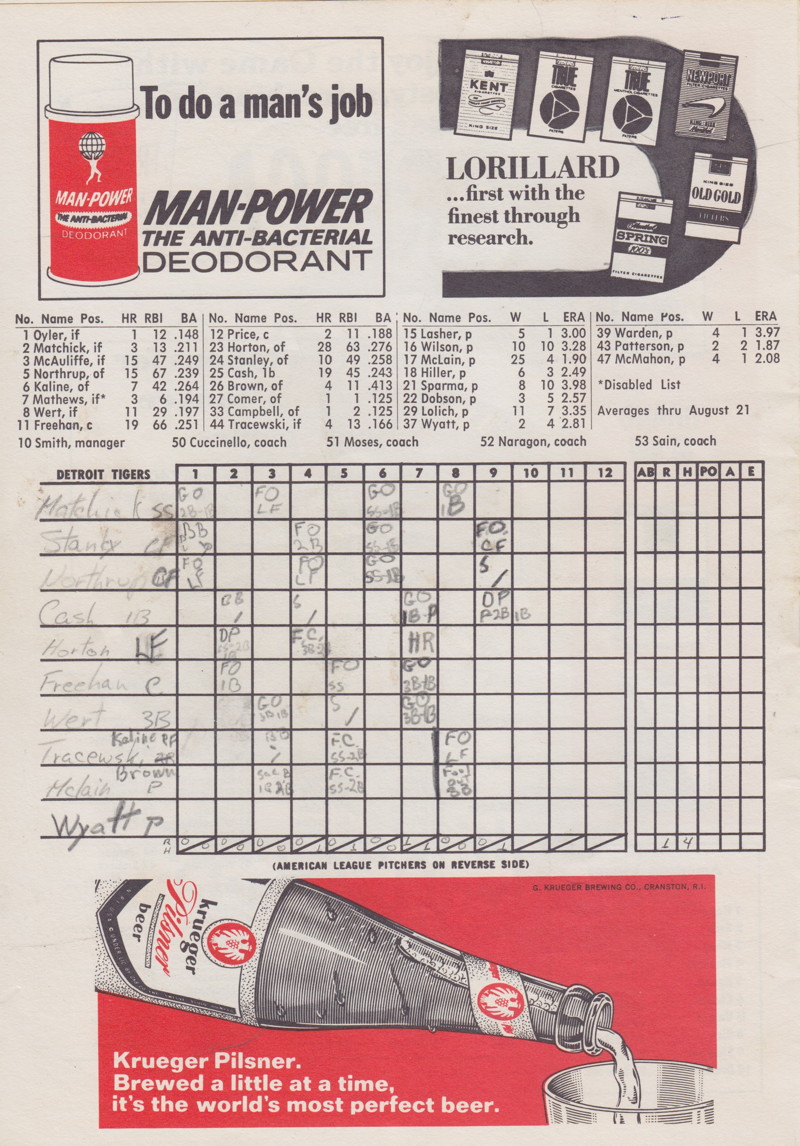 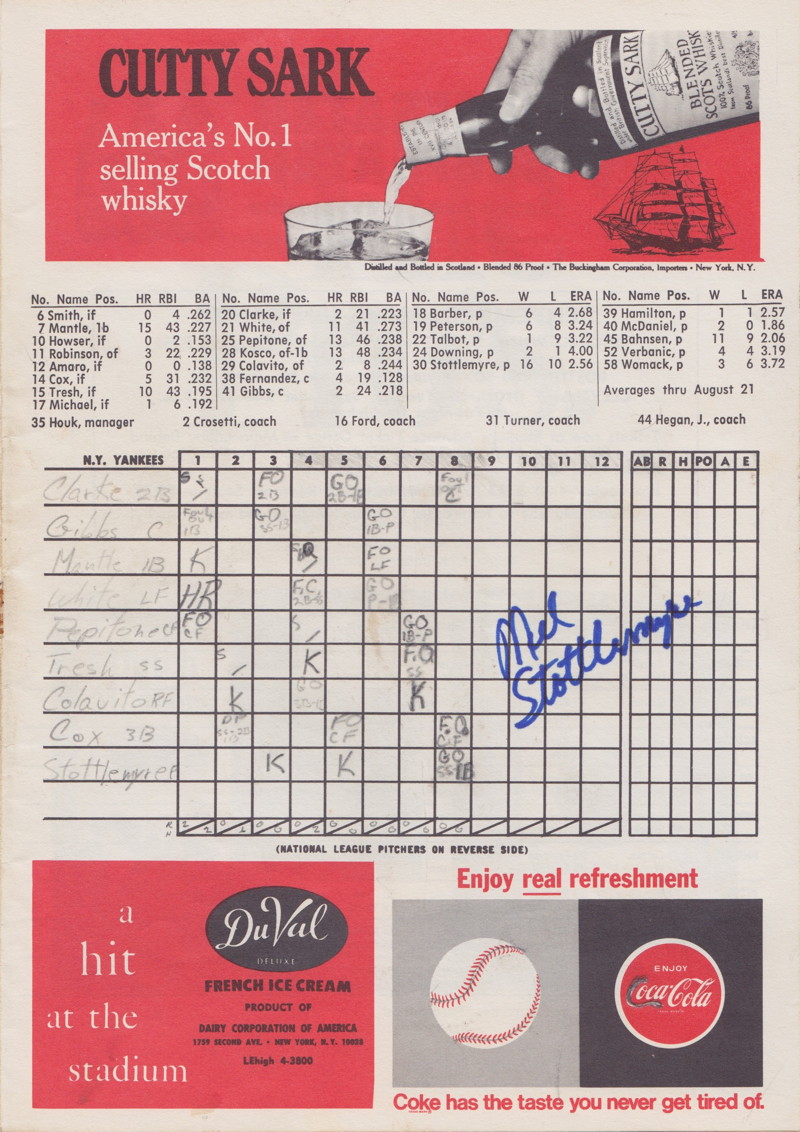